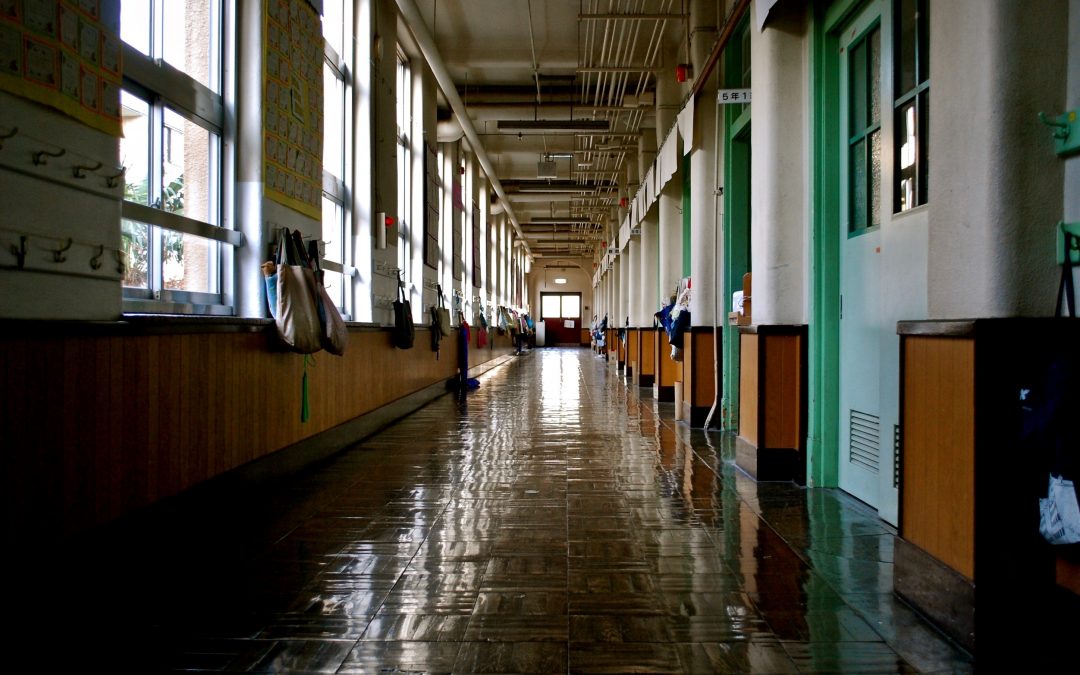 You send your kids off to school, backpack and floppy hat swamping them. It’s a safe neighbourhood, you have faith in the teachers, you are content with their resources. But there is another uncertainty lurking about the classroom that parents may not have considered – old school Asbestos.

Schools have drawn the ire of some parents this week as information emerged suggesting that their children have been exposed to asbestos, in one case since the 1970s. Asbestos, often associated with being found about the house, has caused havoc for the NSW Education Department with over 100 schools found to contain the dangerous material.

The new school year commences and parents are notified that hazardous friable asbestos has been identified within the school. A reconstruction of a heritage building roof has uncovered asbestos materials that have been there for decades.

The Daily Telegraph says ‘The Department of Education cannot rule out whether hundreds of students, staff and cleaners at N…… Public School have potentially been exposed to deadly asbestos.’

Parents of one Newcastle school grilled the NSW Government at an information session, displaying anger and frustration at the extended exposure that their children might have faced. To make matters worse, vital equipment and teaching resources such as library books, Smartboards and musical instruments were considered contaminated and had to be destroyed, stated the Newcastle Herald.

The meeting resulted in an apology from Education Minister Sarah Mitchell and an independent assessment by a hygienist who stated that “Based on the current data, any exposure risk is considered to be very low… However, without historic monitoring data we simply can’t quantify the actual exposure to staff and students – it can only be (an) estimate.” (ABC News)

As it turns out, asbestos is everywhere. It can be in the water we drink, the ground we dig and more importantly the air we breathe. Anywhere on the coast of NSW, from Sydney to Newcastle, asbestos can be found floating around. Why?

Well for starters, asbestos is a natural, organic mineral that is found in the ground. So a wombat may stir it up when burrowing, or an uprooted tree may expose it after a storm. Secondly, it’s been freely used in Australian construction between the 1940s and the 1980s. For 40 odd years the ‘magic mineral’ was praised for its durability, fire resistance and insulation properties – perfect for walls and ceilings! When asbestos is dry it can be broken and release tiny fibres into the air, this is known as friable asbestos and this is hazardous to our collective health. But the frightening truth is that friable asbestos has been a risk since the material was introduced. It is everywhere.

Exposure can cause a type of cancer called Mesothelioma. It has killed more than 10,000 Australians since the 80s.

While everywhere is generally considered a low exposure risk and it can be tempting to scale down the threat, it is vital that asbestos containing materials be identified, demolished and safely removed. Due to the cities architectural heritage, asbestos testing and removal in Newcastle has become standard practice. One hot tip when choosing your asbestos demolition company is to make sure they have BNG Conserve accreditation so you can be assured that your environment, be it office, school or home, is treated with professional care and that asbestos fibres are contained.

If you are considering removing asbestos yourself, read our various blog posts for in depth info or see our page on DIY Asbestos Removal.