White or Blue? – What to know about white and blue asbestos 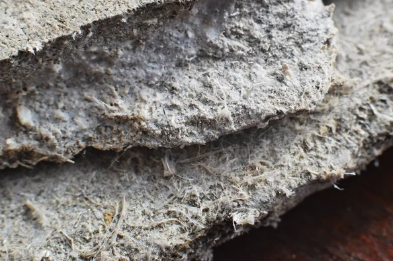 Asbestos is an extremely dangerous material that is still found in many Aussie buildings, posing a risk to anyone who ventures inside. There are several distinct types of asbestos, with some more likely to be encountered than others, with the white and blue variants posing the biggest danger to Australians.

It is common knowledge that asbestos should be removed as soon as possible by a qualified professional, but do you know the difference between the distinct types of this dangerous mineral?

Chrysotile asbestos, as it is also known, is obtained from serpentine rocks, which are common in the natural environment throughout the world. Under the microscope, chrysotile asbestos looks like tiny white fibres that are curled on the end.

Chrysotile is by far the most common form of asbestos for both domestic and industrial applications. The white fibres are very flexible and can easily be spun or woven into other fabrics or materials. Chrysotile is also heat resistant and so makes for an excellent insulating material.

White asbestos is extremely versatile and was most used in cement sheeting, as the fibres mix in well with the other materials and carry their properties over to the finished product.

For this reason, it was commonly used in Australia for decades, and could be found in everything from brake pads, adhesives, and drywall, to roofing, tiles, and fireproofing materials.

Crocidolite asbestos is the most dangerous type but is, thankfully, more rarely encountered. The blue variant features straight, razor-sharp fibres that are deadlier than chrysotile’s curled fibres. These straighter fibres are easier to be inhaled, making them a major threat.

Blue asbestos was extensively mined in Australia and other countries and has extremely high resistance to temperatures and strong acids. Whilst the mineral was the third-most-used asbestos type in Australia, crocidolite is responsible for more asbestos deaths than any other type.

It was withdrawn from use before other types of asbestos, but can still be found in ceiling tiles, cement sheets, certain battery casing, insulation, and fireproofing materials. Blue asbestos has been banned since the late-60s, but if you live or work in an older building it is important to have a professional check it for this deadly material.